After two years is Svet a divadlo publishing another collection of short plays written on its commission titled this time THEY ARE ANIMALS and other plays with politics.

SYNOPSES of all competing texts can be found HERE

On November 21st at 18:00 will at Dejvické divadlo in Prague take place (as a part of The Night of Theatres event) EVENING FOR THE FERDINAND VANĚK AWARD. The winner will be announced a three of the texts performed. Their performances will present GUnaGU theatre from Bratislava (directed by Viliam Klimáček) and the actors from Dejvické divadlo, both from the current theatre and original company of Jan Borna (directed by Michaela Homolová and Abdulkarim Malik).

Special EVENING FOR THE WINNER... OF FERDINAND VANĚK AWARD will take place on December 8th at 20:00 in Anti.kvariat of Dejvické divadlo.


Slovak presentation of the project and first performance of Strange Times, Strange Love, Strange Love directed by its author Viliam Klimáček will take place on November 13th at GUnaGU Theatre at Bratislava.

Hungarian presentation of the project accompanied by rehearsed reading of Csaba Székely’s text They are animals will take place on November 10th at Studio K Színház at Budapest. 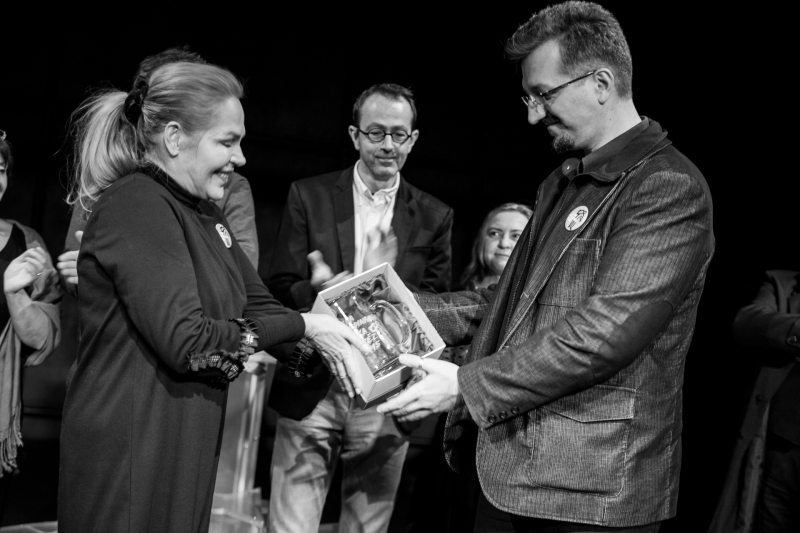 Evening For The Ferdinand Vaněk Award